As I sat on the edge of the jetty hypnotised by the combination of sunshine, mammoth mountain peaks and the deep blue glassy waters of the magnificent Lake Wakatipu, it would have been easy to completely drift into a complete state of bliss.

Luckily for me I was snapped out of it by the horn of my approaching ride and my focus was now directed towards the iconic splendour of the TSS Earnslaw cutting its way through the glistening waters of the lake.

An Earnslaw cruise is just one of the wonderful adventures available from the family owned and operated Real Journeys www.realjourneys.co.nz in New Zealand's Otago region. Today I was exploring the half day trip across the lake to the historic Walter Peak High Country Farm. As she steamed closer towards the dock the sight was not only an impressive one, but also thought provoking. I wondered about her previous lives prior to her being saved from being scuttled by the current owners in 1968.

Once onboard it was like stepping back in time and the Lady of the Lake's past was revealed. Built in 1912, the same year as Titanic, (gladly that's where the comparisons end) The Earnslaw was an essential part of keeping isolated farming communities of the lake and the real world connected. Transporting sheep, cattle, supplies and yes even passengers over many years.

The photos in the fo'c'sle gallery in the ship's bow gave me a real sense of her former glory and seeing the crew and the engines in full flight with its hissing and whirring from the viewing deck made me appreciate being a passenger. Those lads were working, that's for sure. Being aboard the only coal fired passenger steamship in the Southern Hemisphere was a real treat and when the captain called for more power and the crew jumped to attention and shovelled coal into the hungry fireboxes like men possessed, it certainly was a sight to regard. Old school skills at their best. 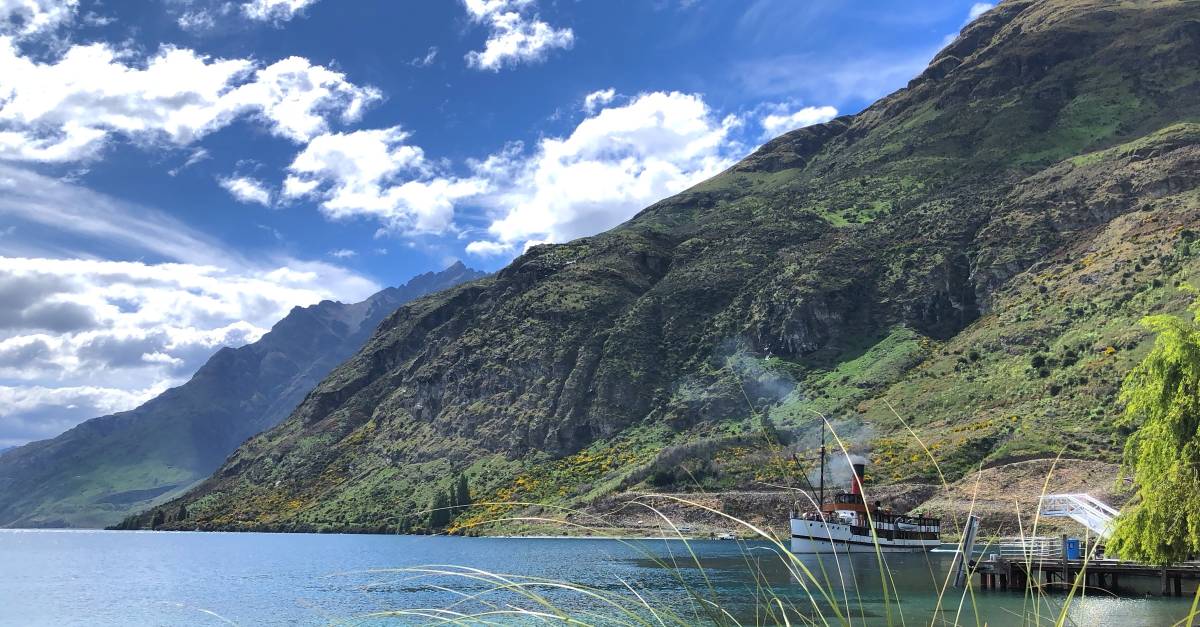 As we cruised across the lake you could not help but be overawed by the surrounding alpine scenic brilliance that surrounded you.

Even if you have no interest in history, I trust you will be impressed by this 50-metre maritime marvel of yesteryear.

I nabbed a local pinot from the well supplied café and bar and took a stroll on deck to witness a marvel of another kind. Mother nature! What a glorious beast it is. As we cruised across the lake you could not help but be overawed by the surrounding alpine scenic brilliance. The enormity makes you feel a little insignificant actually. New Zealand is without doubt one of the most beautiful countries on the planet and Queenstown certainly carries that veil well.

Pulling into Walter Peak unexpectedly became another wow moment as the grandeur of the Colonel's Homestead was exposed in all its glory and I was excited to jump ship and inspect it more intently. That was partly due to the fact I knew a little about its past and wanted to know more and I had skipped breakfast to indulge in what my local Queenstown mates had told me was one of the most amazing gourmet BBQ lunches in existence, so I may have been a little over-zealous about plundering it.

Before I could get my choppers around that number we were entertained with a little farming knowledge and a sheep shearing demonstration. Being an Aussie with a general knowledge of farm life this was rather interesting in a way, especially the differences with high country farming. What I found more intriguing was watching the reactions of the visitors from distant shores. They were totally fascinated, which in turn made for some intense people watching from me. You habitually forget what may be something ordinary to you might be almost alien to someone else. .

With the aroma of the BBQ enticing me like Homer Simpson to a donut, I took a leisurely stroll (I ran) through the gardens up to the main homestead for the lunch bell had rung. Finally, there it was in all its glory. Everything I had heard about this scrumptious feast was true and it was finally right there in front of me. First to catch my eye was the antipasto selection with all your favourites, freshly baked breads and rolls that definitely looked tempting, but I had other plans for filling my belly. 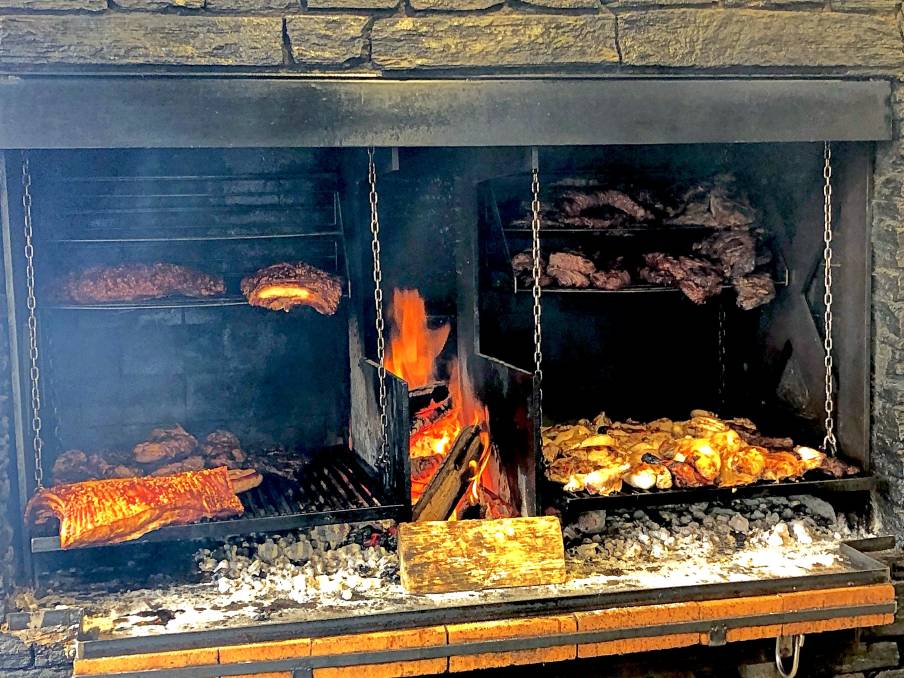 The star of the show was now in full sight when I was lured to the Brazilian styled BBQ, which was blazing with local Cadrona Lamb, Canterbury Pork and Southland Beef and Zamora local snags, all being cooked to perfection.

More than five tempting salads choices and multiple veggie options, and yes, they would get a little look in. The star of the show was now in full sight: the Brazilian styled BBQ which was blazing with local Cadrona Lamb, Canterbury Pork and Southland Beef and Zamora local snags, all being cooked to perfection.

My biggest problem now was where to start and most importantly not to peak too early. Remember folks you can always return for seconds and you must leave a little space for desert, just trust me on that fact.

I am not going to take you through my dining routine as it will only have you salivating and resulting in massive food envy, just use your imaginations ok?

What I will make special mention of however is a few of the standouts that I am sure you will want to get your mouths around.

The pork with its perfectly procured crackling. The Southland beef, also cooked to my personal taste, medium rare and as tender and warm as a cuddle from your grandma. The Farfalle pasta, basil pesto, walnuts, edamame beans, roasted butternut squash, pumpkin seeds, semi dried tomatoes and smoked cheddar cheese salad was a standout and finally. Do not leave without scoffing one or two of the Walter Peak sticky date.

The old time piano entertained with songs of yesteryear on the return journey as I reclined pleasantly plump in a what can only be described as semi food coma I overheard someone mention that the dinner menu at Walter Peak presents with lashings of fresh seafood as well!!

What a brilliant adventure, and when you are in Queenstown, New Zealand you simply must get on this one. Make sure you check out Real Journeys website too, as I mentioned this is just one of many awesome exploits that they can deliver for you.