In the 1980s Meg Gatt found herself fighting to save a place she had never visited.

The beauty of this battleground captured the attention of Meg and her "little bit alternative" mother in Melbourne andso they started writing letters and printing posters to stop the Franklin Dam.

"Our whole diningroom turned into like a war office," Meg recalls.

But even after the war was won, Meg never visited the place she and thousands like her had saved; at least not until she booked a ticket with Gordon River Cruises forty years later.

"I'd never even come here just to know that it's untouched," Meg says as she gazes across the serpentine landscape.

"If you were in Victoria now and had an area like this, there would be holiday houses everywhere and high rises," says her partner Dan.

"Tasmania tends to look after their places a bit better than us."

But as the catamaran glides past the fish farmers in Macquarie Harbour, Meg can't help but wonder "what they're planning for the future".

Meg and Dan boarded Spirit of the Wild from Strahan hours earlier with a cast almost as remarkable as the wilderness.

She had grown weary of her stressful nine-to-five job at a Sydney sound studio and jumped at a chance to be a tour guide.

"I can finally breathe and relax and enjoy life and enjoy nature. So it's perfect," she says. AT PEACE: Tour guide Cadance Wise traded the stress of a Sydney sound studio for the tranquility of the West Coast. Picture: Lachlan Bennett

Candace spends her days working in paradise and nights competing in the local eight-ball competition with her crew mates.

She has met passengers from all walks of life: coal miners who loath Greenies, couples celebrating their 50th wedding anniversary, tourists from Switzerland to China.

Her time in the wilderness is an intermission before she heads overseas but it provided a valuable lesson.

"I've learnt a lot about what it takes to build community from nothing and I think here in Strahan and along the West Coast there is still a really strong pioneering spirit," she says.

"It's still a really raw place with a lot of potential .... but it's also nice that it will always stay small and it is still untouched and not many people know about it yet." 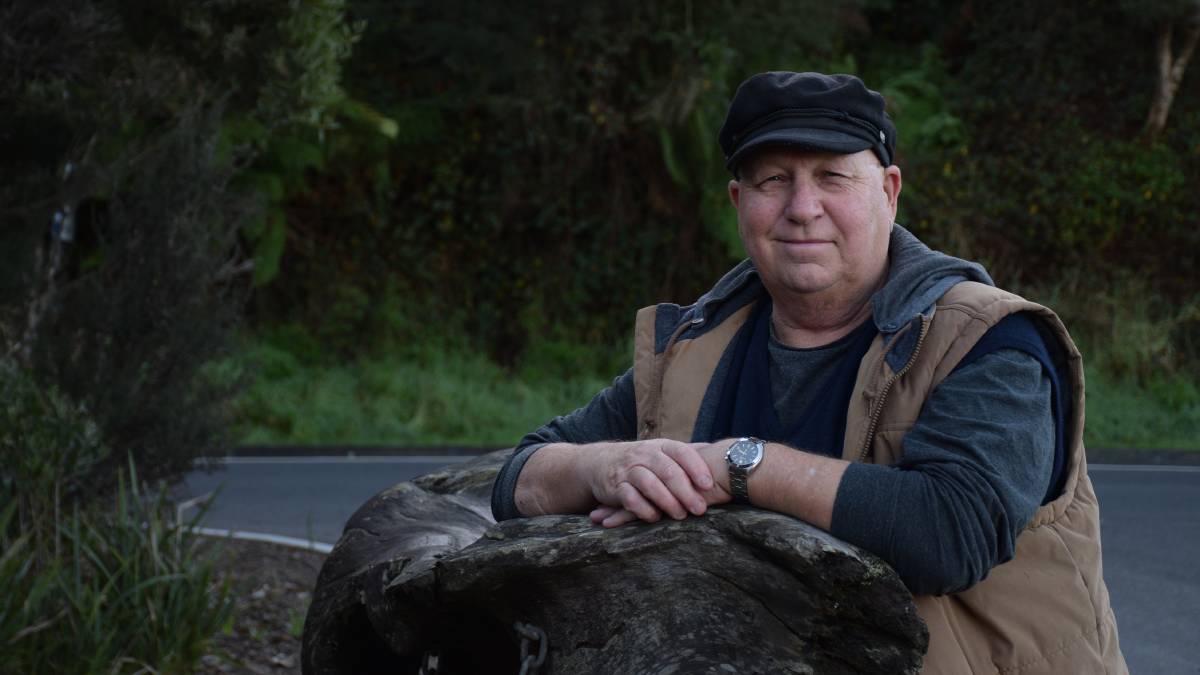 Strahan is a town of colonial charm where the battle between commerce and conservation has raged for more than 100 years.

It's a story retold daily during the 120 kilometre voyage of Spirit of the Wild, where passengers learn of ships sailing through Hells Gates, daring piners hunting ancient timbers, passionate environmental activists and convicts sent to the brutal banks of Sarah Island.

The Launceston man had never been to Strahan before but in the 1960s he often drove to Burnie "in an old FJ Holden with re-capped tyres and no seat belts" to play bass with his band Mickey Finn.

His anecdotes about "one of the best bands in Tassie at the time" are lyrical and well-rehearsed; particularly the one about Mickey Finn winning the Battle of the Sounds in 1968.

We lasted a year in London before we broke up because we couldn't just crack the scene.

The prize was a trip to Melbourne that coincided with the VFL grand final, where Greg cheered his team Carlton to victory.

"And the next day we played with John Farnham," he says.

"You know his song Sadie? It had just been released and I don't think he knew much else because he sung Sadie about three times. True story."

"We lasted a year in London before we broke up because we couldn't just crack the scene," he said.

Gary will always treasure his journey aboard Spirit of the Wild but nothing will ever top that night at Battle of the Sounds.

"That really was probably one of the pinnacles. Oh, and I won the lotto." BITTER WELCOME: The rough passage into Macqaurie Harbour is marked by an entrance known as Hells Gates. Picture: Lachlan Bennett

"Looking at things like maybe some self-guided walks, a re-invigoration of some day trips on the smaller boats potentially. Anything to support the general visitation," he says.

While visitor numbers are growing faster at Cradle Mountain, there are positive signs within the once resources-reliant West Coast including the return of regular flights from Hobart and a $20 million hiking track in the Tyndall Range.

And RACT has been spending to scrub up its own assets, including last year's launch of Spirit of the Wild with its plush interior and softly spoken electric engine.

"When we run the electrics, the quiet cruising mode, a lot of the feedback we've got is that people start talking quite softly," Mr Paynter says.

"They are very aware of the impact of that and really take in the natural beauty as part of that." LOOKOUT: Skipper Peter Thomson is always looking out for changes in weather conditions and the occasional dolphin. Picture: Lachlan Bennett

The new vessel has been a god-send for silver-haired skipper Peter Thomson but not because of its navigational gadgetry.

"The good part about this boat compared to the previous one is anybody can come up and talk to the captain," he says.

Peter delights in meeting the passengers who climb into his cabin almost as much as guiding the ship through glassy waterways that mirror ancient mountains.

Through binoculars he occasionally spots a diving dolphin but he never takes his eye off the volatile weather conditions.

"Unless you've had four seasons in one day here, you haven't really experienced a West Coast day," he laughs. Commanding Spirit of the Wildis a far cry from Peter's past life piloting barges, water taxis and tugs for gas and oil companies in Western Australia.

But like so many mainlanders before him, he fell in love with Tasmania during a 12-month contract and never looked back.

"You couldn't ask for a better office," he says.

Peter will stay on deck for a next few years and help train the next generation of skippers, comforted by the opportunity to "pass on the knowledge that I've gained over years".

But for now, he must guide Spirit of the Wild to its final destination: Sarah Island. HELL: Sarah Island was used as a convict prison before the opening of Port Arthur. Picture: Lachlan Bennett

The boat's arrival is unheard by tour guide Ingrid Luker. She sits alone on this abandoned isle listening to a true crime podcast and waiting for the next group of cruise passengers.

"I'm hearing all these gory, grizzly murder details and I screamed when these guys suddenly appeared," she exclaims.

"They cracked up laughing. They weren't there to murder me."

With this shock absorbed, Ingrid springs into action. She starts describing the brutal conditions of this former convict settlement with its experimental punishment; exploitative taskmasters and their kinder successors; daring escape attempts and roaring black market trade. Her history lesson is delivered with contagious enthusiasm and sarcastic wit; it's no surprise she once starred in Australia's longest running play, The Ship That Never Was.

But when asked what lessons can be learned from Sarah Island, Ingrid's playful demeanor drops.

"Have we learnt anything? Seriously, what's going on at Nauru?" she says with a solemn stare.

"The message is there that humans can be unbelievably cruel and narrow minded but at the same time there's always a hope and I guess the resilience of the human spirit.

"Sarah Island sums that up pretty well: resilience and just what a difference a little bit of hope can make. And that hasn't changed; that's still just as important today as it was back then." As Ingrid clambers aboard Spirit of the Wild to catch a ride home, three generations of the Salmon family chat in the upstairs deck.

The youngest of the Victorian family, Josh, was visiting Tasmania for the first time and relished the chance to see the state's breathtaking landscapes and spend time with his father and grandfather without his quarrelsome brothers.

"I'd like to come back," he says with an optimistic smile.

Maybe one day he will again clamber aboard Spirit of the Wild with his own children and grandchildren.

And maybe then he will turn to his fellow passengers and share a story almost as remarkable as the wilderness.

The Advocate was a guest of Gordon River Cruises.