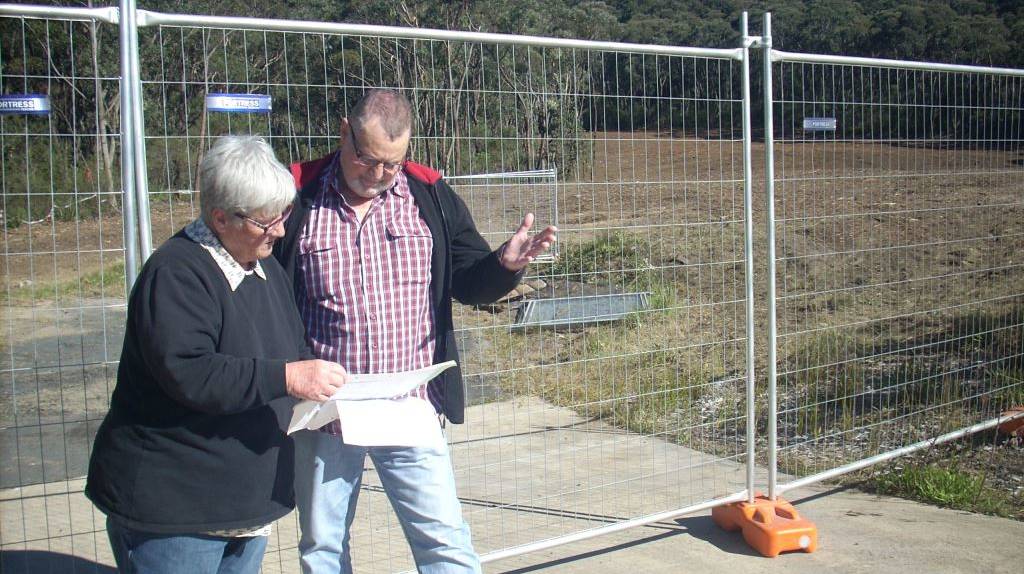 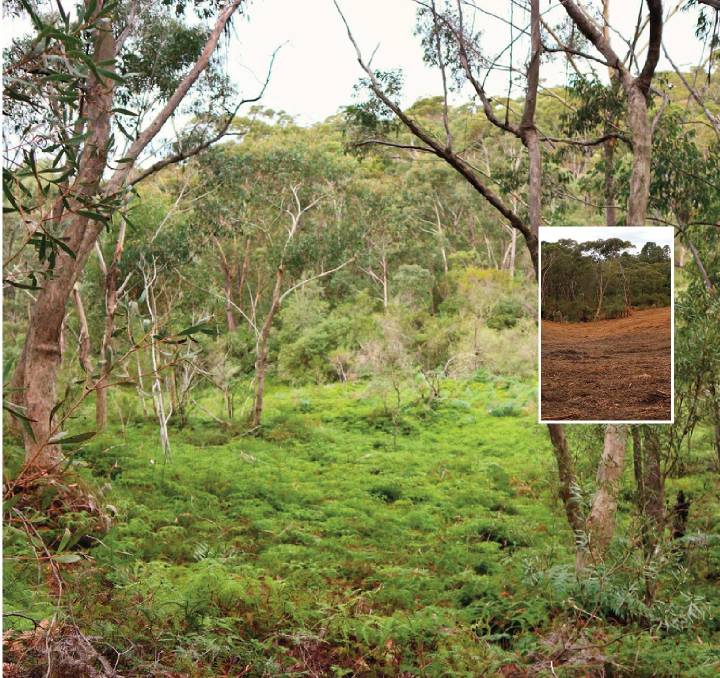 The private building certifier who approved the wildlife park site clearing at Wentworth Falls in May has been fined $1500 by the government agency who regulates certifiers - the Building Professionals Board (BPB).

Blue Mountains Conservation Society say the fine followed a complaint they made about the clearing of two to four hectares of native vegetation. The initial development application was approved after legal action went all the way from the Blue Mountains council chambers to the NSW Supreme Court in the late 1980s.

Conservation Society president, Lachlan Garland, said the Society complained to the Board "that the private certifier authorised the clearing, despite the fact various consent conditions appear not to have been met".

"The clearing also appears to have occurred well beyond the approved development footprint," he said.

The Gazette left messages for the certifier David Blackett who issued the construction certificate last year. He did not return calls.

However Farshad Amirbeaggi, a solicitor director with Yates Beaggi Lawyers, who is acting on behalf of an unnamed developer client for the site, said it was "not appropriate to comment, however senior counsel believes any action against Mr Blackett has no prospects".

"And I can say that Lachlan Garland will be sued for tortious interference and defamation. The drafting is already in motion".

The Building Professionals Board regulates private certifiers, a system which has come under scrutiny since the recent apartment building defect crisis. Mr Blackett was recently interviewed by the ABC's Four Corners about the crisis, as he is on the board of the Association of Accredited Certifiers.

Following the investigation into the clearing at Wentworth Falls, the investigations team for the Building Professionals Board, Building Services, wrote to the Conservation Society that the certifier had been issued with a Penalty Infringement Notice (PIN) for $1500. It said that under the "disciplinary penalty guidelines and legislation, 'specified matters' can be dealt with by issuing a Penalty Infringement Notice".

They stated the accreditation holder had not previously been the subject of any complaints under the BP Act.

Mr Garland said they told the Society the outcome of the complaint and the basis of the PIN would not be publicly available on the BPB's online Register of Disciplinary Actions.

"While pleased a fine has been issued, the BPB would not tell us on what grounds the PIN was issued (ie what infringement the certifier was found to have been guilty of) and therefore what aspects of our complaint were upheld," he added.

The BPB was no clearer with The Blue Mountains Gazette with a spokeswoman from NSW Fair Trading issuing an initial statement in response to numerous questions.

"The purpose of a complaint investigation under the Building Professionals Act 2005 is to consider the conduct of an accredited certifier. Under the Act, the Board cannot declare the validity of a certificate and whether it can be acted upon," she said.

When pressed they issued a second statement explaining they had also recorded the details of the complaint on the certifiers record for consideration in any future matters.

"The certifier is alleged to have breached section 72 of the Building Professionals Act. Section 72 in short is 'acting in a manner not authorised by certificate of individual accreditation.'

The park targeting tourists adjacent to the Great Western Highway at Bodington Hill, Wentworth Falls, was approved thirty years ago.

Mr Amirbeaggi previously told the Gazette the development would be a "40-room $30 million dollar five to six star wildlife park" attracting one million people per year.

Talks would occur with the NSW Department of Planning to increase the size and scale and there will be multiple species ... reptiles, koalas, wallabies ...and I think the answer is yes [to crocodiles]." Fencing around the site is now promotes the Blue Mountains Wildlife Park.

Mr Amirbeaggi said he would discuss further developments at the park once "the amended application is filed later this month".

A council spokeswoman said "investigations on the scale and location of the clearing of the vegetation at 10 Great Western Highway, Wentworth Falls, are ongoing at this time".

The 800-member Conservation Society has now lodged a submission to the current NSW Legislative Council Public Accountability Committee's Inquiry into the regulation of building standards, building quality and building disputes.

The Gazette questions and response to the BPB investigations unit is below.

I am investigating a complaint and fine in relation to David Blackett (complaint no 88/19 -10 Great Western Highway, Wentworth Falls.

Please attribute to a spokesperson from NSW Fair Trading

"The purpose of a complaint investigation under the Building Professionals Act 2005 is to consider the conduct of an accredited certifier. Under the Act, the Board cannot declare the validity of a certificate and whether it can be acted upon.

"A consent authority, often local council, can take enforcement action under the Environmental Planning and Assessment Act 1979 if it is of the view that work on a site is being done so without a required development consent or other approval."

I am disappointed that you failed to adequately answer the questions I posed so I again pose these new questions to you to seek proper clarification for the readers of The Blue Mountains Gazette.

At the end of my story I will publishing the questions and answers from you so our readers can be better informed about this case.

1/ The Blue Mountains Conservation Society says David Blackett has been fined 1500 in relation to the Wentworth Falls location, is this correct?

3/ What does constitute disciplinary action under your code? What do you have to do to be disciplined?

4/ Do you think the people of the Blue Mountains deserve to know the complete details of what has happened in this case. If your answer is yes please provide them?

Why hasn't this Building and Development Certifiers Act been in place before now?

The earlier questions remain that I would like answered - the two you said you could not answer I have sent to the relevant media person as suggested.

I am also going to forward the press release from BMCS and would like to know if anything in it is incorrect - if not I am assuming it is correct. (I have been given correspondence from your dept to them).

The Building Professionals Board assessed the complaint and determined not to take action in relation to disciplinary proceedings setting out its reasons for the decision.

It did however advise the BMCS that as a result of its inquiries it issued a $1,500 penalty infringement notice (PIN) and has recorded the details of the complaint on the certifiers record for consideration in any future matters.

The certifier is alleged to have breached section 72 of the Building Professionals Act. Section 72 in short is 'Acting in a manner not authorised by certificate of individual accreditation.'

Disciplinary Action under the BPB Act has a specific meaning (excluding a PIN) as follows.