CHILD sex offender Bernard McGrath didn't give a backward glance in November when he left a court for a jail sentence that won't end until 2053.

The former St John of God Brother who headed a notorious Hunter "house of evil" - the Kendall Grange Special School for boys at Morisset - will be 106 when his time's up.

And at least one of his victims, Ian, 55, would like to know when he dies.

"He'll die in jail. That's one good thing. They asked if we wanted to be formally notified when he goes. I said yes. I took the form," said Ian, who was sexually abused by McGrath in 1978 and 1979 while the St John of God order repeatedly asked Ian's parents, in Darwin, for donations to do its "good work" for troubled boys.

"My mother sent me to Kendall Grange because I was wagging school and smoking in Darwin and she didn't want me to end up on the street. My parents used to tell me about Kendall Grange asking for money and it made me sick in the guts," he said.

He was "flogged" by McGrath in front of the school when he turned on his abuser one day and threatened to report him. The teenager received "welt marks on my arms, legs, back and stomach" but no support from adults who witnessed it, apart from a female teacher suggesting he "tell the police".

Now Ian and others are asking how so many Catholic child sex abusers in one facility got away with their crimes for so long, in an order with the highest rate of child sex allegations against its members - more than 40 per cent - of any Catholic order investigated by the child abuse royal commission. 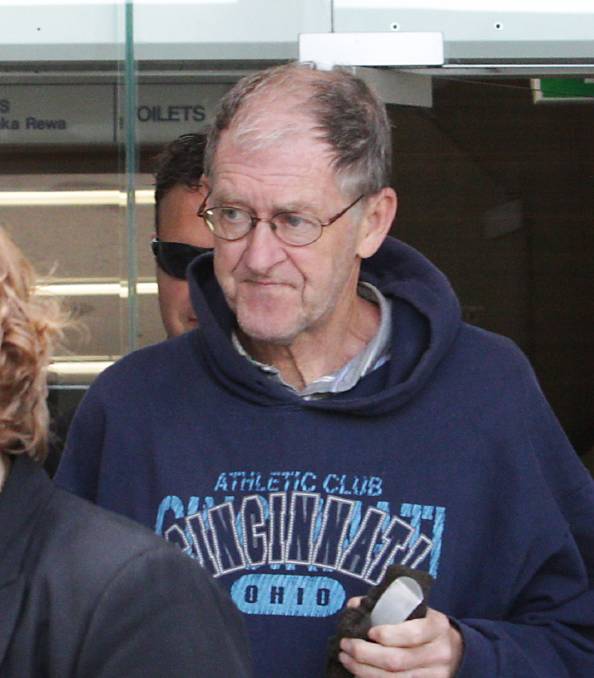 McGrath, 75, is one of at least eight Kendall Grange St John of God Brothers accused, or convicted, of child sex crimes over decades.

"Kendall Grange was a house of evil, a place of evil, hiding in plain sight," said Ian.

McGrath was serving a maximum 33-year jail sentence for offences against 12 boys at Kendall Grange between 1978 and 1985 when NSW District Court Judge Gina O'Rourke sentenced him to an additional 27 years' jail in November, for crimes against another 15 Kendall Grange boys.

It was McGrath's fourth, and almost certainly final, sentencing for child sex crimes after he was first jailed in New Zealand in 1993, and then in Australia in 1995.

McGrath was sent to the Morisset home in 1978, aged 34, only months after reports he sexually abused boys at the notorious New Zealand St John of God Marylands boarding school for boys at Christchurch.

"The Catholic Church knew about him the whole bloody time," said Ian.

"They could have stopped him. They should have protected us. I got compensation, but how do you put a price on your life?"

Ian was drunk when he first disclosed the abuse to his then partner in the late 1990s, who rang police but did not get a return call. He made a statement to interstate police where he was living in 2001, but it was not until Lake Macquarie detectives began investigating allegations about Kendall Grange a decade ago that multiple St John of God offenders were charged.

McGrath fought his extradition from New Zealand to Australia in 2013 to face more than 250 charges. During hearings in February, 2018 and November this year the extent of his shocking and horrifying abuse of extremely vulnerable boys, the majority with intellectual, social, academic and behavioural difficulties, was made clear.

"I was just shaking my head in shock listening to what he did to other kids there," said Ian. 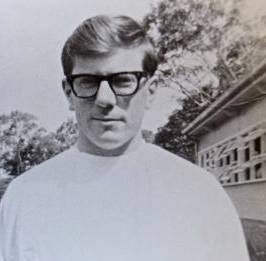 Convicted: St John of God Brother Roger Mount who was convicted of multiple child sex offences in 2015 in Victoria. The order has paid compensation to at least two of Mount's victims at Kendall Grange.

"I didn't know. I only knew what he did to me. The weekends were worst when most of the boys went home. But I couldn't go home because my parents were in Darwin. I used to plead with other boys to go to their places."

In his 2001 statement Ian described being pulled over by police while driving McGrath back to Morisset from Sydney, aged 15.

"I remember him telling me to swap seats but the police came over and dragged him out. They got up Bernard. He told the police he had some stomach problem and I was driving him to the hospital. He got into trouble for that," Ian said.

Ian wept during the sentencing hearing as Judge O'Rourke detailed the abuse, torture and torment of boys at Kendall Grange, but remained focused on McGrath as he sat in the dock.

"I was just staring at him the whole time but he didn't look one of us in the eye. Not one. For him it was like, hurry up, I want to get out of here," Ian said.

"I had this visual thing in my head during the sentencing, of what would happen if I launched out of my seat at him. I could have got to him. Just to get some kind of response from him about what he had done.

"I didn't do anything, and when I walked out of the sentencing I felt so relieved. He's gone."

In November another former Kendall Grange Brother was found unfit to stand trial and referred to the Mental Health Review Tribunal for a determination after he was charged with 13 child sex offences in 2018, including two counts of buggery.

This story 'House of evil' predator jailed until 2053 for crimes against boys first appeared on Newcastle Herald.