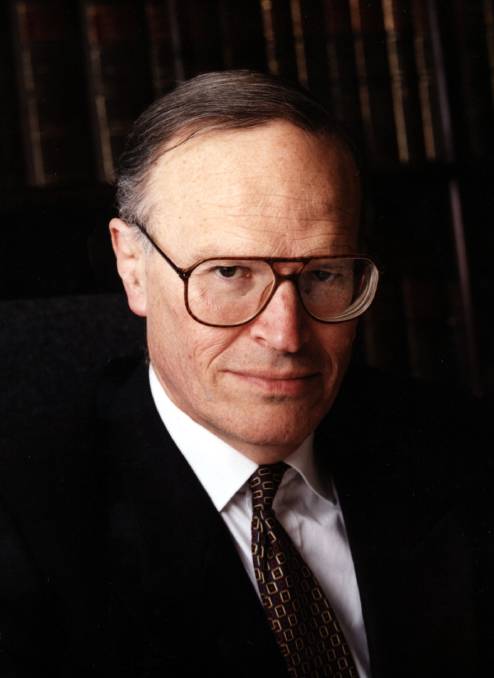 Three women plan to sue Dyson Heydon and the Commonwealth for compensation after an independent investigation found the former High Court judge sexually harassed them and three others.

News of the compensation claims comes as lawyers pushing for change warn of widespread sexual harassment and an "abhorrent" culture of secrecy that has allowed perpetrators to thrive in the profession.

The High Court revealed on Monday that an independent investigation had upheld allegations that Mr Heydon sexually harassed six young women who worked as judges' associates during his time on the bench between 2003 and 2013.

"We're ashamed that this could have happened at the High Court of Australia," Chief Justice Susan Kiefel said in announcing the findings.

The fallout continued on Tuesday, with a class action law firm announcing plans to pursue compensation claims against Mr Heydon and the Commonwealth.

Maurice Blackburn Lawyers is representing three of the six women including Rachael Patterson Collins and Chelsea Tabart, who told The Sydney Morning Herald they suffered sexual harassment at the hands of Mr Heydon.

"Dyson Heydon's repeated sexual harassment of young women who were starting out their legal careers was known to many people and has caused significant harm and trauma to my clients," Maurice Blackburn principal Josh Bornstein said.

"Consistent with the exemplary approach of the current High Court to this scandal, it has indicated a willingness to participate in negotiations in order to see whether an agreement can be reached regarding the claims for compensation and we expect that to commence in the coming weeks.

"We will also be writing to lawyers for Dyson Heydon shortly to ask if they too are willing to engage in a similar process. If they decline that invitation, I am instructed to lodge a claim in the Australian Human Rights Commission."

Mr Bornstein said the women greatly appreciated that the High Court had accepted the findings made against Mr Heydon following the independent investigation, which was conducted by former inspector-general of intelligence and security Dr Vivienne Thom.

He said Mr Heydon's power and influence were such that previous informal complaints had done nothing to stop the former judge behaving inappropriately.

Mr Heydon, through his lawyers Speed and Stracey, has "emphatically" denied any allegations of sexual harassment or predatory behaviour.

He has apologised for any "inadvertent and unintended" offence his conduct might have caused, while claiming the independent investigation did not afford him procedural fairness.

The six now former court staff members are not the only women to have accused Mr Heydon of sexual misconduct.

Noor Blumer, a prominent Canberra lawyer who owns a personal injury firm, has told The Sydney Morning Herald that Mr Heydon assaulted her at the University of Canberra Law Ball in 2013.

At the time of the event, Ms Blumer was the ACT Law Society president and Mr Heydon had just retired from the High Court.

Ms Blumer told the Herald she was initially delighted to be seated next to Mr Heydon, who was the guest of honour, only for him to grope her under the table and try to kiss her against her will.

A former student who was at the same event has also spoken of lurid comments allegedly directed at her by Mr Heydon.

And a current judge told the Herald on condition of anonymity that Mr Heydon, shortly after joining the High Court, put his hand between her thighs at a law dinner while she was working as a barrister.

Women Lawyers Association of the ACT president Danielle Mildren said the experiences of those who suffered at the hands of Mr Heydon were sadly not unique.

Ms Mildren said sexual harassment was "a pervasive problem" in the legal profession, made possible by "systemic cultural issues".

The association conducted a survey in 2018 that found 57 per cent of respondents had been sexually harassed at work.

"Sadly, we know of so many women lawyers in the ACT who have suffered sexual harassment at work," Ms Mildren said.

"Many do not report the incidents for the same reason as the brave women [who later spoke out about Mr Heydon] - the power imbalance between the perpetrator and the complainant, as well as the very real fear of damaging their career prospects."

Ms Mildren said it was clear that cultural change was necessary.

She pointed to research including a recent International Bar Association survey of almost 7000 lawyers, which found one in three female respondents had been sexually harassed at work and 75 per cent of incidents were never formally reported.

Ms Morton said more had to be done, reiterating the association's calls for the profession to implement seven recommendations.

They include revamping processes for complaints to ensure there is more than a "one-size-fits-all" approach, and putting in place mandatory education programs for practitioners.

The ACT Law Society described the findings made against Mr Heydon as alarming and deeply disappointing.

"We recognise the courage and strength of character displayed by the victims who came forward against former justice Dyson Heydon, and we fully support Chief Justice Kiefel in making this matter public knowledge," current president Chris Donohue said.

"We would also like to express our empathy for our former president, Noor Blumer, who suffered sexual harassment while representing the Law Society at a social function. Her strength in speaking out is an example to us all."

Mr Donohue said the Law Society took a zero tolerance approach to sexual misconduct and other forms of harassment.

"This same attitude of intolerance should be taken by all members of the profession. The culture of secrecy that allows this kind of misconduct to continue, and to go unreported, is abhorrent. We have a duty as legal practitioners to hold ourselves, and our peers, to higher standards," Mr Donohue said.

He said too many women who suffered sexual harassment found it easier to leave the law than to report the perpetrator, and that needed to change.

"At the same time he was sexually harassing his associates and not long before he allegedly assaulted the president of the ACT Law Society, Justice Heydon wrote of delays in the ACT Supreme Court: 'The torpid languor of one hand washes the drowsy procrastination of the other.'

"Pity he didn't spend a bit more effort in controlling his own hands.

"Whilst this is a sad day for the legal profession it is also further and powerful proof that this sort of behaviour will no longer be tolerated and that no one is above the law. Incredible bravery by these women," Mr Whybrow said.