Toxoplasmosis, cat roundworm and cat scratch disease are caused by pathogens that depend on cats - pets or feral - for part of their life cycle. But these diseases can be passed to humans, sometimes with severe health consequences.

In our study published today in the journal Wildlife Research, we looked at the rates of these diseases in Australia, their health effects, and the costs to our economy.

Based on findings from a large number of Australian and international studies, Australian hospital data and information from the Australian Bureau of Statistics, we estimate many thousands of people in Australia fall ill or sustain a minor injury as a result of cat-dependent diseases each year.

Our estimations suggest more than 8,500 Australians are hospitalised and about 550 die annually from causes linked to these diseases.

We calculated the economic cost of these pathogens in Australia at more than A$6 billion per year based on the costs of medical care for affected people, lost income from time off work, and other related expenses.

Toxoplasmosis is an illness caused by the parasite Toxoplasma gondii. It's the most serious cat-dependent disease.

Newly infected cats shed millions of T. gondii oocysts (like tiny eggs) in their poo and these can survive many months in the environment.

Humans become infected when they ingest these oocysts, which are in the soil and dust in places where cats have defecated, especially sandpits, vegetable gardens or kitty litter.

Humans can also become infected from eating undercooked meat, if those farm animals have come into contact with cat-shed oocysts.

Up to one-third of people globally are infected with T. gondii, most without knowing it. Australian studies have reported infection rates between 22% and 66%.

Once infected, about 10% of people develop illness; the other 90% have no symptoms.

Based on overall infection rates and Australia's population size, we estimate there are more than 125,000 new infections in Australia each year. 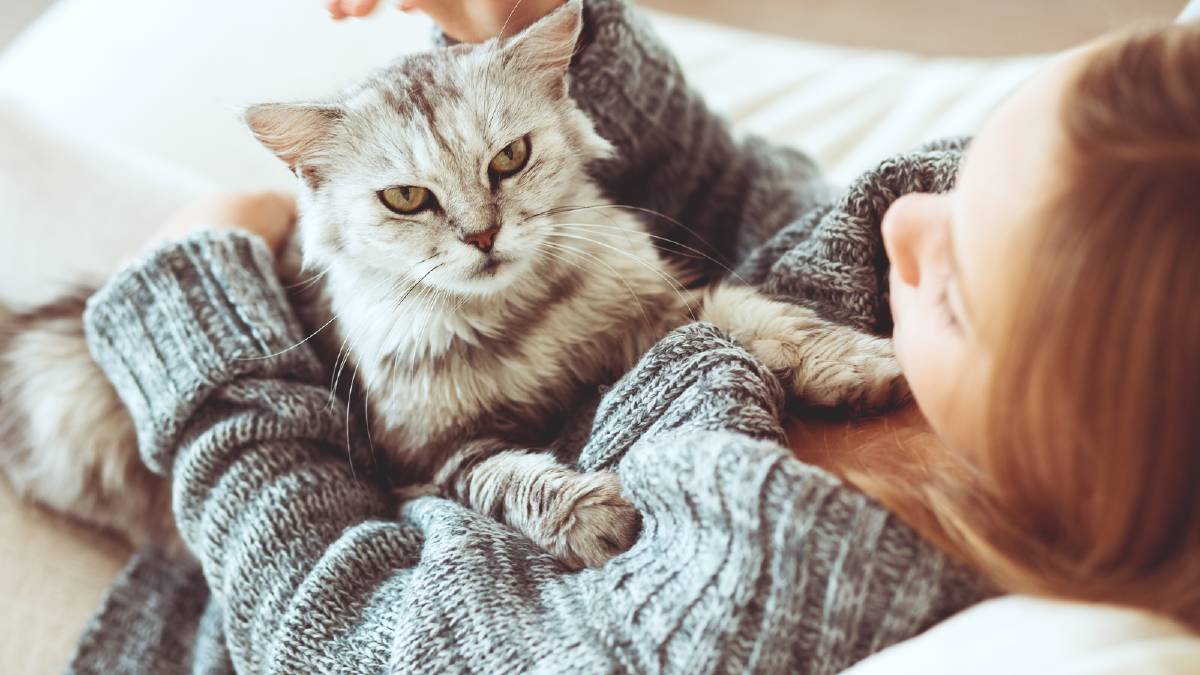 Of these, around 12,500 people get sick, mostly with non-specific, flu-like symptoms that resolve within a couple of weeks; 650 require hospitalisation, and 50 die, with these more serious cases often experiencing brain swelling and neurological symptoms.

People with compromised immune systems, such as those with cancer or HIV, are at highest risk.

Pregnant women who become infected for the first time can miscarry, or their babies may be born with congenital deformities.

Based on reported and estimated T. gondiiinfection rates in newborns, about 240 infected babies are born in Australia each year.

More than 20%, or about 50 of these babies, will have symptoms that require life-long care, including impaired vision or hearing, and intellectual disabilities. Another 90 babies will develop symptoms, usually related to vision or hearing, later in life.

Even if the initial infection causes little illness, the T. gondii parasite stays with us for life, encased in a cyst, often in the brain. These "latent" infections may affect our mental health and behaviour, such as delaying our reaction times.

Scientists are still discovering how T. gondii influences the brain, but studies on rodents suggest it may involve changed brain chemistry or inflammation.

Putting it all together

If we accept T. gondii infections do increase the risk of car accidents, suicides and schizophrenia, then considering the incidence of these accidents and health issues in Australia, without T. gondii, we estimate we could potentially avoid:

Combining deaths from car accidents and suicide with the 50 deaths from acute toxoplasmosis, we reach a total of 550 deaths related to T. gondii infection per year.

The hospitalisation total for T. gondii includes 650 for acute toxoplasmosis, 50 for congenitally infected babies, 6,500 for car accidents, and 800 for schizophrenia. We didn't include hospitalisations for suicide attempts, as we didn't have statistics on that. So this could be a conservative estimate, notwithstanding the fact there are other factors involved in car accidents and mental health issues.

Cat scratch disease is a bacterial infection (Bartonella henselae) that people can contract if bitten or scratched by an infected cat.

Typical symptoms include sores, fevers, aches and swollen glands. But more serious symptoms, such as inflammation of heart tissue, cysts in the organs and loss of vision, can also occur.

Prevalence figures are not available in Australia, but based on rates in the United States and Europe, where cat ownership patterns and cat infection rates are similar, we estimate at least 2,700 Australians get sick annually from cat scratch disease, and 270 are hospitalised.

Cat roundworm is a parasitic infection (Toxocara cati) that people and other animals can contract by accidentally consuming the parasite's egg, which infected cats shed in their poo.

Most cat roundworm infections cause mild symptoms, but the migration of the larvae through the body can cause tissue damage, which can be serious if it occurs in a place like the eye or heart.

What can we do?

Some 700,000 feral cats and another 2.7 million pet cats roam our towns and suburbs acting as reservoirs of these diseases.

There are no human vaccines for these diseases. Treatment for T. gondii infection in cats isn't considered useful because cats usually shed the oocysts without the owner even realising the cat has the parasite. Cats can be treated to rid them of roundworm, but treatment for B. henselae (the bacteria that causes cat scratch) may not be effective.

But if you're a cat owner, there are some things you can do. Keeping pet cats indoors or in a securely contained outdoor area could reduce the chance your pet will contract or pass on a disease-causing pathogen.

Cats should be kept out of veggie gardens and children's sandpits. Washing hands after handling kitty litter and gardening, and washing vegetables thoroughly, can also reduce the risk of transmission.

As T. gondii can be contracted from infected meat, cooking meat well before eating, and not feeding raw meat to pets, can also help.

The urban feral cat resevoir could be reduced by preventing access to food sources such as farm sites, rubbish bins and tips. We could do this with improved waste management and fencing.

People shouldn't feed feral cats, as this can lead to cat colony formation, where infection rates are also higher.

Pet cats should also be desexed to prevent unwanted litters that end up as free-roaming ferals.

These steps would cost us and our pet cats little, but could prevent unnecessary impacts on our health and well-being.

- This article was republished from The Conversation.