This summer has been cool and wet - steady, soaking rain. Most days I've been wrapped in a shawl. 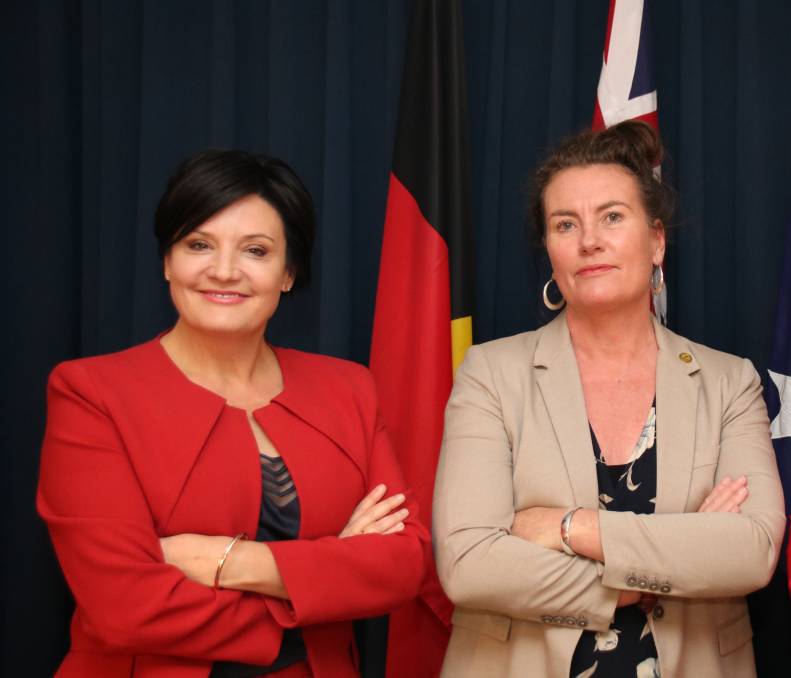 A stark contrast to this time last year when I was attending a mix of sombre and angst-ridden morning briefings at Fire Control Centre, hearing the calm voices and plans - which belied fear and the intensity of unpredictable raging fire. It was very hot and very dry. The state was burning and worse was to come. We were living on high alert and in high anxiety.

In the lead up to the 2019-2020 bushfire season, the NSW and Commonwealth governments were each on the receiving end of endless warnings from experts about what could unfold. They knew that we were in drought, that the land was dry, that water supply would be challenging and that the summer was going to be a hot one - potentially one of the hottest on record.

In the lead up to the 2019-2020 bushfire season, the NSW and Commonwealth governments were each on the receiving end of endless warnings from experts about what could unfold.

But they monumentally failed to respond to those warnings, they failed to listen, prepare and essentially, failed to protect our state from what was ahead.

NSW Fire and Rescue was drastically short of firefighters and currently require an additional 500 across the state, and both agencies had faced funding cuts on the ground, which were hidden behind big one-off budget items.

Our National Parks and Wildlife Service staff and budgets had been slashed also - leaving that agency absolutely depleted of resources. The situation, as I stated in the Parliament on 13 November 2019 - was dire.

I was shouted down by Premier Gladys Berejeklian and Minister David Elliott - told I was being dramatic and alarmist and political; rudely, ignorantly told that I "knew nothing".

Yet, the NSW government's line that we had never been better resourced was political spin.

As we all know, the neo-liberal focus has always been about privatisation and cuts, it's about reducing jobs and relying more and more on an army of unpaid labour, the volunteers. Mighty though they are, they need to be resourced and supported.

As the fire season unfolded, the funding shortfalls within our firefighting agencies gained national attention, and my hope was that out of all of this heartbreak and devastation, perhaps we would have a government that would now take the adequate funding of our emergency services seriously.

I had hoped they would invest in more uniforms, in better personal protective equipment (PPE), in safer trucks with better protections, in more appliances in brigades outside of the city stations, in better training, in better communication systems, in better inter-agency coordination and planning, in more firefighters, upgraded and inclusive stations, effective and sovereign aerial firefighting capabilities and in the recovery and mental health support of emergency services personnel given what they had been through, and will continue to endure as the start and end dates of our fire seasons become blurred.

This has not happened. Rather, the Premier and Minister for Emergency Services sat on the NSW Bushfire Inquiry Report for weeks on end before releasing it and saying that they would attempt to formulate a plan. The bushfire season had already started for many parts of the state, and NSW entered the 2020/21 bushfire season in a similar manner in which we had been a year before. In terms of preparedness, we as a state are in an eerily similar way to how we kicked off the 2019/20 Black Summer.

When you're dealing with fires, government's words and plans after the fact, don't mean much - but listening to firefighters on the ground and then taking real and meaningful action does.

So, for all those fireys who feel forgotten or unheard, for those struggling with memories of a year ago; for those who suffered horrendous experiences, who were left scarred, shattered, and eventually cynical and disappointed with government promises and meaningless words in reports and Inquiries and Royal Commissions; for those many fireys who believe that nothing ever changes... this article is for you.

The "boots on the ground" are suspicious, at least, and scathing at worst - of the "higher-ups". They are ropable that these shysters shop around a narrative about fireys being heroes; but fail to respect, resource and protect these heroes.

The environmental factors may not be the storm in the tea cup we were faced with last year, and so the consequences may not be as tough. But for the NSW government to have not learnt from its mistakes, or harbour regrets for their lack of preparation, is something that should concern every resident in NSW.

We need politicians that speak up and act for workers and champion their rights. Some of those workers are traumatised, despondent and have lost faith in the government.

Some firefighters didn't come home after the Black Summer, some almost didn't make it when their trucks, which weren't fit for purpose, burnt to the ground. My 20-year-old son was one of those who prepared to die. When the old brake lines melted, rendering the truck inoperable and immobilised in the midst of a fire inferno, when the truck did not have a HALO system in place, those workers thought it was the end. They prepared for the end. I can only imagine how horrific it was.

From home, this time last year - I listened to news reports and liaised with our fire agencies and with the Fire Brigade Employees' Union that represents them; I had the radio on and regularly checked the skies, smoke thick in the back of my throat and in our atmosphere. Along with neighbours, I watched for ember attacks and prepared my home as best I could. Like many, I was engulfed with anxiety.

On the morning of New Years Eve 2019 I wished my son good luck as he answered the call for help and with his crew headed south to Nowra to assist with an unfolding and unimaginable crisis on the South Coast.

Hours later, I was one of eight family members who received a text message from a loved son, a firefighter. In a moment, our world changed. "I don't think we're gonna make it. Love you Ma" wrote my son. Time stood still. It was beyond harrowing. 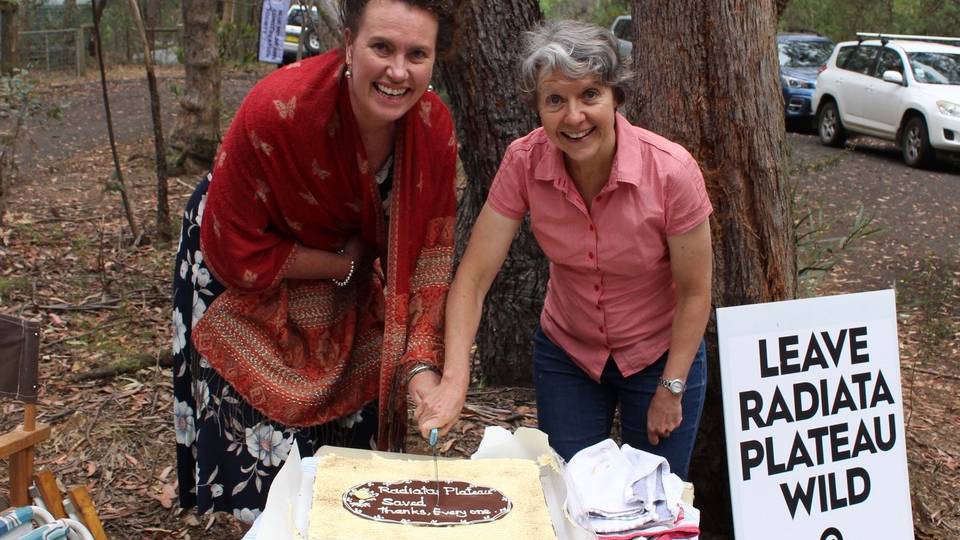 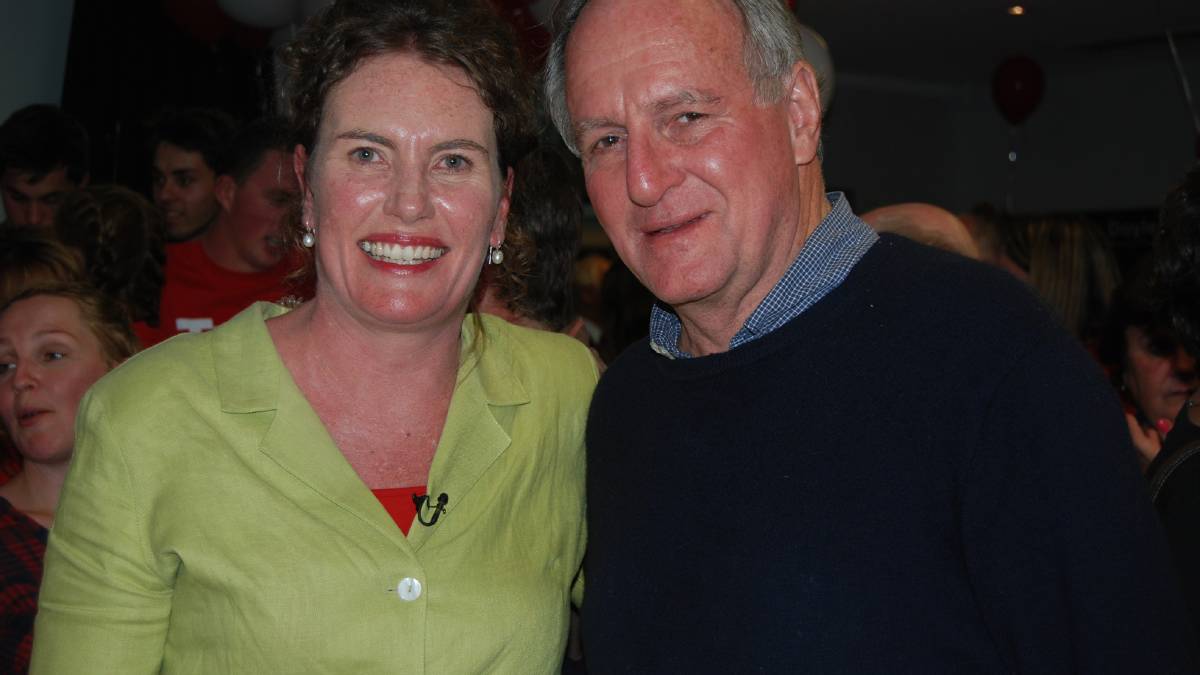 Past meets the present: Trish Doyle with one of her predecessors, Bob Debus.

I was one of eight family members who received a text message from a loved son, a firefighter. In a moment, our world changed. "I don't think we're gonna make it. Love you Ma" wrote my son.

Today - as I have before - I pay tribute to all of our firefighters. Thank you. You have not been forgotten. You never will be. Particularly I thank Strike Team Golf, Fire and Rescue NSW. For their skill and teamwork, for their expertise and training, their calm and their courage. For their lives. For coming home.

It's time to act on the ugly truth of a Coalition government. A couple of months ago we saw them slapping each other on the back for investing $192m (over 5 years!) in equipping our firefighters. When you next consider the stories, we are told by a sympathetic media, think on this: the Government spent $252m on a pork- barreling exercise over 6 months to create a slush-fund grants program to pay for votes.... one of the most outrageous grants rorts of all time.