For the first time in our nation's local government history, Blue Mountains City Council has become the first in Australia to adopt 'Rights of Nature' as a foundational principle.

It's a paradigm shift, where nature is recognised as having its own legal right to exist, regenerate and evolve.

The political milestone ranks up there with other significant events around the world, said Ward 2 Greens Cr Brent Hoare.In 2008, Ecuador was the first nation to enshrine Rights of Nature in its constitution, in 2017, New Zealand recognised the legal personhood of a river and national park and in India, the Ganges and its main tributary are now considered legal persons. Other mountains and glaciers around the world - even a lake in Ohio - are now recognized as having their own legal status.

The international movement to change the legal status of nature from human property to exist in their own right was passed unanimously by the council on Tuesday night [April 27].

The news means the council is the first Australian government entity to embed the Rights of Nature as a "keystone concept" in itslong-term planning and operational activities.

The council will begin its program by hosting community workshops and in-depth discussions with Indigenous and non-Indigenous peoples across the Mountains, to explore what Rights of Nature and other ecocentric concepts mean for the people and economies of the region.

"The council sees this process as a critical way to meet its obligations for long-term social and environmental health," said Cr Hoare. 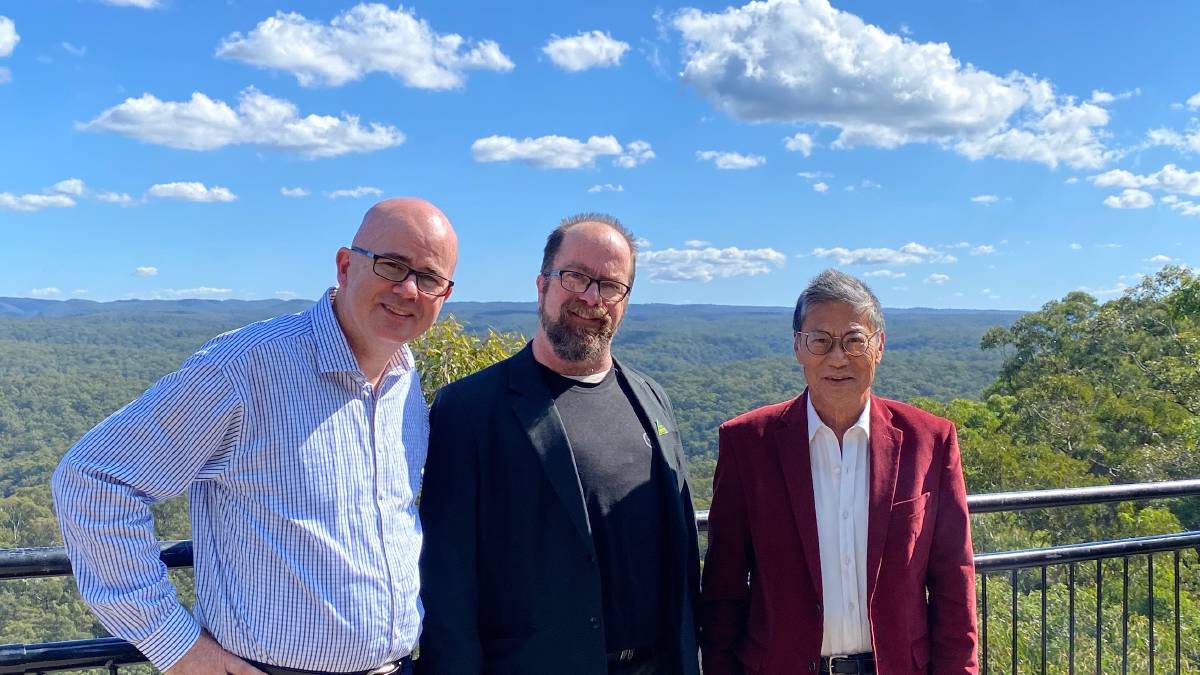 Natural world at the centre: Mayor Mark Greenhill,Cr Brent Hoare and Kingsley Liu. "It's a paradigm shift, where nature is recognised as having its own legal right to exist, regenerate and evolve."

"In the 21st century we're facing tremendous challenges - with climate change, the related threat of increasingly ferocious bushfires, the biodiversity crisis and a changing economy. Rights of Nature can help catalyse an innovative rethinking about how to create regenerative (not extractivist) economies, while also making human and other living communities safer, stronger and more resilient".

Cr Hoare told the council the approach represents "a paradigm shift, where nature is recognised as having its own legal right to exist, regenerate and evolve. What we are doing here tonight is spearheading an approach to the law that puts the natural world at the centre of everything we do."

Council has already met with the Australian Earth Laws Alliance - a national not-for-profit organisation increasing understanding of Earth centred governance - and other legal advisors about the plan.

Dr Michelle Maloney, AELA national convenor said it was the "first time, we're seeing a government entity seriously consider how to shift from the western approach of treating nature as just a resource or object to be managed solely for human purposes, towards really seeing nature as a living community, with its own rights to exist, thrive and regenerate".

Katoomba environmental lawyer Kingsley Lieu, who has been a strong advocate for Earth Laws and Rights of Nature, said he hoped it inspired other councils and communities around Australia to integrate ecocentric principles into their systems.

"Blue Mountains City Council is an ideal local government area to trial out and embed the principles of Rights of Nature across its operations," he told the council.

Mayor Mark Greenhill said it was a "source of great pride that this came from a mayoral minute of mine. But before that, it came from my collaboration with Brent Hoare and discussions with Kingsley Liu and [Greens Ward 1 candidate] Sarah Redshaw. Our political traditions are different but they also have much in common".

"This Australian first shows what we can do when we work together."

He has previously said that the Rights of Natureconcept "may seem a little 'out there' to some in the community, but it's not that far removed from what council is already doing in other spaces".

"We embedded the Planetary Health ethos into the local strategic planning statement. Planetary Health recognises that human health and the health of our planet are inextricably linked, and that civilisation depends on human health, flourishing natural systems, and the wise stewardship of natural resources."

The report adopted by council on Tuesday outlines how to work on embedding "Rights of Nature" into council's operational practices, planning processes and advocacy program. Working groups will be developed for key council staff and community workshops will be held to explain the practical implementation.

Cr Hoare said: "It was a bit of a surprise, but to gain unanimous support for adopting the report is a real tribute to the CEO and staff who have put a great deal of thought and effort into producing a document we could all get behind."

In a speech to council Greens candidate Sarah Redshaw said: "Humans in this age treat the planet as a never ending source of treasures to be pillaged. It has not always been that way. Many societies have recognised the integral place of humans in nature such as our own Indigenous Australians and respected the need for consumption to involve replenishment, living within nature as part of nature. We do not end at our skin but flow over into the world around us ...."

In his appeals over recent years for the concept to gain traction Mr Liu has previously referred to the "running battles to stop the raising of the Warragamba Dam, construction of an airport near the foot of the Mountains, longwall mining in the Gardens of Stone, dumping of Sydney landfill in the old Bell Quarry ... the threats never stop and they are all fought on the grounds of human and corporate rights".