Thirteen million Australians are in lockdown and as one Blackheath adventure company owner puts it simply - "it sucks". 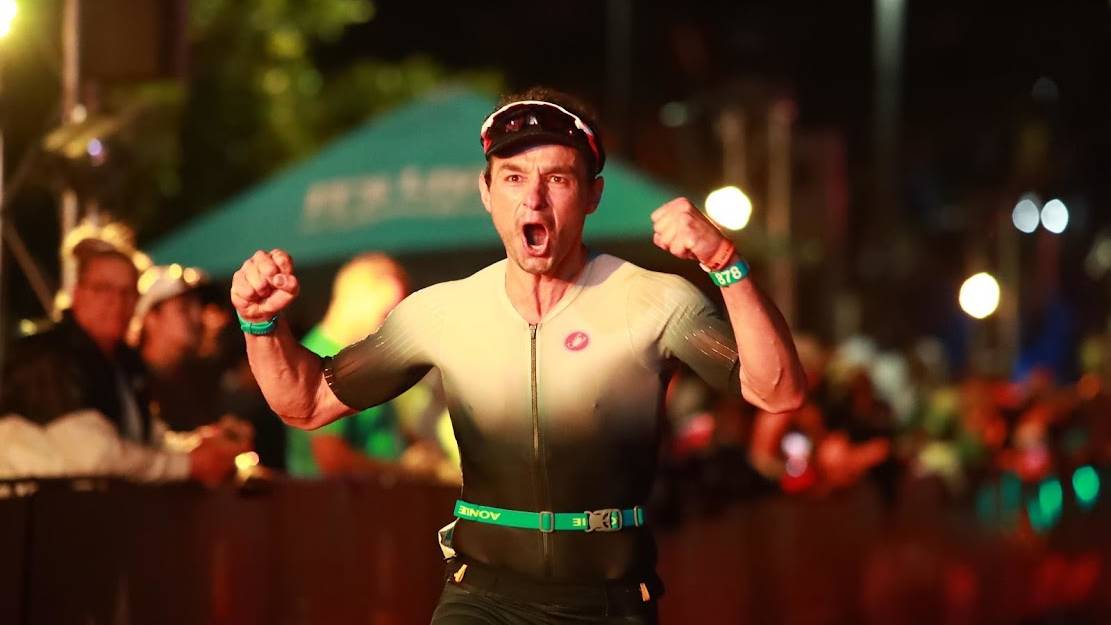 Mr Castrission made his name as part of the Australian larrikin duo 'Cas and Jonesy' who kayaked to New Zealand in 2008 and then two years later, skied unsupported to the South Pole from Antarctica, winning more than a dozen documentary awards for their film of that journey.

But in the last 18 months the professional motivational speaker has faced incredible uncertainty as business has largely come to a standstill - like other global tourism and hospitality businesses - during the COVID-19 pandemic.

"My business has been smashed. After 18 months of uncertainty, work had finally started to return to pre-COVID levels and then lockdown - again," he told his many email subscribers this week. "Another $100k of income evaporated overnight. All conference work cancelled. You get the story."

But, not surprisingly for a man used to dealing with adversity, hostile environments and elements beyond his control, he has advice for those battling mentally with the disaster, as he has managed to pivot part of his business online through virtual client talks.

"It wasn't part of the business plan - a global pandemic, I don't think it was part of anyone's business plan, but we moved quickly when it happened giving virtual offerings through KFM Media in Katoomba," he told the Gazette.

"I rang them up in March last year and got into the studio with Andrew [Gelao] when no-one really knew what Zoom was," he said.

It's meant 20 per cent of his business can still operate and cover some expenses, including the $100,000 in new tents he purchased after the 2020 bushfires.

"Adapting on the fly", he also used JobKeeper to keep on staff and used the time to develop a back-end online platform for his business with exact instructions and equipment needs for staff at the touch of a button for their trips; moving from the old model of "paperwork sitting in the back of a filing cabinet". It was something he'd always planned to do, but never had the time.

"With adventures there's always that element of uncertainty and that's what planning is about. If there was one key driver that enabled me to pull off two Guinness world first adventures and thrive during these challenging times it is this: only focus on your circle of influence and what you can control."

His advice includes controlling "my positive attitude, my social media, my own social distancing and turning off the news, finding fun things to do at home and investing in my health and wellness". And he advises "letting go of things".

"Like the actions, motives and reactions of others, if others will follow the rules, how long will the lockdown last, predicting what will happen and the amount of toilet paper in the shops". He calls it the "explorer's mindset".

"Down in Antarctica we were under such strict weight restrictions, we only had two pieces of toilet paper per day ... so toilet paper hasn't been much of an issue, it has to better than toileting in Antarctica," he said laughing.

"Labouring on the uncontrollables is not only toxic to our mental health it does nothing to move us forward. Park all the other stuff off to the side, you can control your attitude, exercise, social media ... [but not] what the [COVID] numbers are going to be today or tomorrow," he said.

He has also used the lockdown to train and successfully complete his first Ironman instead of doom scrolling. It's given him a reason to get out of bed very early - about 4.30am - every day.

"Mia [my wife] thinks I'm crazy, but I like those couple of hours in the morning when no-one is awake ... chaos and change are constant, a lot of us love to have our routine and our rhythm in life, but with the fast paced change in the world, there's always going to be change. We've really got to put ourselves in the driver's seat to where we are going and not be a passenger ... and focus on what we can control and some of the benefits ... like more time with family."

He hopes regional communities will continue to benefit with extra time at home, when the pandemic eases.

"For us living in the Blue Mountains, the way virtual communications has gone, it will save us those two-and-a-half hour commutes for meetings. We have an amazing resilient community here and the best way to get through is together- we can achieve so much more together than on our own."

The Blackheath man has a history for survival and battling adversity. He battled against all the odds at the bottom of the world. His polar feat - skiing from the coast of Antarctica to the South Pole and back, completely unsupported and unassisted - ended up earning him the adventurer's equivalent of an Oscar. The no holds barred documentary of Cas and Justin 'Jonesy' Jones won numerous prizes in 2012 at the Banff Mountain Film Festival in Canada - taking out the Adventure and Exploration category, as well as People's Choice and the Grand Prize as well.

By then the pair were no strangers to adventure. In 2008, the duo became the first kayakers to cross the Tasman Sea unsupported and unassisted - six months after the journey from Australia to New Zealand had claimed the life of a fellow adventurer they knew - Glenbrook's Andrew McAuley.

Following in the footsteps of great polar explorers Robert Scott and Norwegian Roald Amundsen - one of the most tragic exploration stories of all times which saw Captain Scott lose the race and his life - their polar journey had the added drama of a Norwegian nemesis of their own, "the terminator" professional polar guide and mountain climber, Aleksander Gamme, trying to beat them to the finish line.

Over 89 gruelling days they survived blizzards, crevasses, chafing, starvation, exhaustion, illness, injury, hypothermia and pushed themselves to the limits of human spirit, while dragging a sled of 160kgs piled high with food and shelter in incredibly hostile conditions.They had only learned to ski 16 months beforehand. They lost 56 kilos between them on the odyssey.

"As humans we can often achieve a lot more than we take credit for. Down there we found we could always take one more step," Mr Castrission said.

At the time Antarctic field operations manager Steve Jones said "they made this conscious decision that they were going to put themselves through hell, that in itself meant they had a reasonable chance to pull it off".

"It got to the point where painkillers just didn't do anything, it was a battle of the mind," Mr Castrission said. "It was really borderline whether we were going to make it".

He said adventure is all about "really seeing what I am capable of as a human being ... it's our own journey in our own heads".