Over the years, an unofficial community has grown around the podcast, Ladies, We Need To Talk. These cool, kind, smart and brave humans get in touch to tell us how the stories we share give them knowledge and courage, help them feel less alone and ashamed, and open their minds about their own experiences and those of others. It's the best thing about working on the podcast.

But there are two episodes in particular that have drawn loads of honest and heartfelt responses. These episodes were about women who rejected two major tranches of what society considers intrinsic to womanhood: MARRIAGE and MOTHERHOOD.

After the episodes dropped, many in our community reached out to tell us that, yes, there are two sides to this story.

Ladies team, thanks for today's episode. I've been single going on eight years, and I fucking love it. I am the happiest person I know. I'm smart. Interesting. Well travelled. Funny. But do you know what everyone wants to know about? Am I seeing someone? For fuck's sake, can we talk about something else? - Kate

Here's the life plan as most of our parents see it: You're born, you grow up, you get a job, you get married, you have a family, you watch your kids grow up and maybe live a version of that get-married-have-kids script themselves, and THEN YOU DIE! It's a narrative that leaves little room for anything else. And while in recent decades some of the details have changed and improved, that key bit of script about marrying or partnering and having a baby? It hasn't. We're still expected to find a partner and start a family. For some, being single or not having children aren't active choices, and a lot of the storytelling on the podcast has centred around infertility and last-shot pregnancy. Sometimes life delivers surprises we didn't ask for or want. Those experiences can be devastating and they can come with an all-consuming grief. If this is you, please take care choosing whether to read on, as some of the following material may trigger uncomfortable feelings or memories. 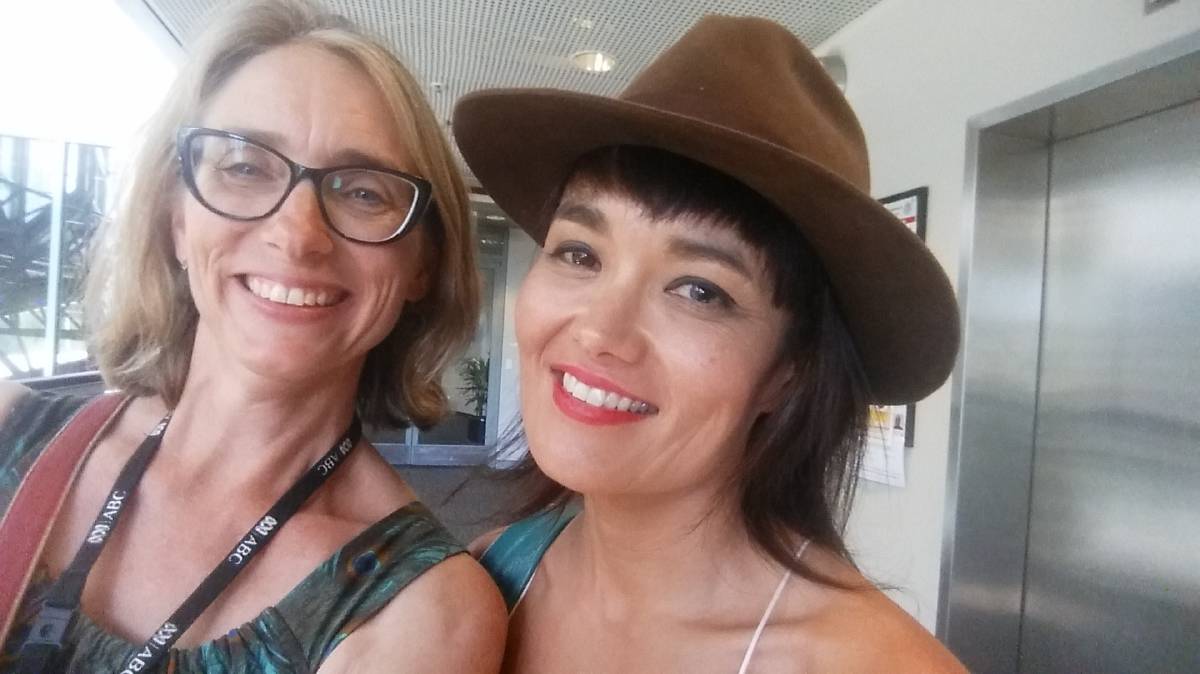 Co-authors of Ladies, We Need To Talk Claudine Ryan and Yumi Stynes, in a recent post-lockdown snap. Picture: Supplied

Today we are talking about the women who ACTIVELY CHOOSE to be single or to not have children, or both. The women who have chosen to deviate from the story that has been written for us.

Ladies, we need to talk about FLIPPING THE SCRIPT.

"As a woman, there's this kind of cultural ideal that's fairly cross-cultural that you're supposed to want to nurture and care," says Dr Zoë Krupka, a feminist psychotherapist, researcher and lecturer at the Cairnmillar Institute in Melbourne. "When you say, 'I don't want to do that', it's like you're not a real woman or not a grown-up woman."

Female identity is so interwoven with the idea of caring for others, especially partners and family, that any word used to describe an experience outside of this is imbued with negativity: spinster, lonely, neglectful, barren, childless, desolate, unfruitful, immature ...

There's also a belief that women who are single or childfree are "selfish". But social scientist Dr Bella DePaulo says when you look at the research, women in these categories are among those who contribute MOST to our society through acts of service and volunteering. 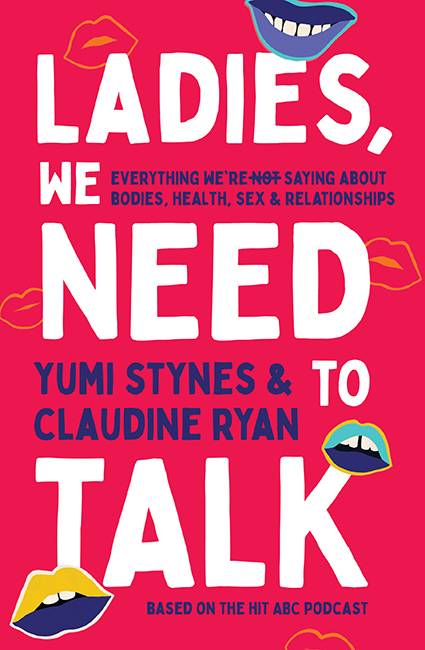 "[Another] study that followed people who have been single all their lives and married people over a course of five years ... found that over that five-year period, people who stayed single experienced more personal growth."

Can society imagine that someone who's single might be happy about it? We assume every single person wishes for a different life, that every "happily ever after" comes with a plus one.

Take a moment to think about how this statement sits alongside the stories of the single women we see play out on our screens or in the pages of our books. These fictional women are always ... incomplete.

Sex and the City, a show literally about being a single woman, sold out its own premise and made the main character marry a thoroughly shitty man in the end. Beyoncé's hit song Single Ladies doesn't celebrate single ladies so much as urge them to move on to another man because the last one didn't offer marriage. And has there been a more damning depiction of singledom than Cinderella's "ugly stepsisters"?

Can society imagine that someone who's single might be happy about it? We assume every single person wishes for a different life, that every "happily ever after" comes with a plus one.

In reality, many of the single women we spoke to feel ... fine. They're happy! They're not waiting for anything! They value having time and brain space to think about what is meaningful for them, and then putting in place a plan to achieve those things. Are they totally happy, all the time? Nope. But are you?

Dr DePaulo has written a book called Singled Out and she is very familiar with the narratives that dominate how we think about single women.

"People think if you're single, you're miserable and you're lonely, and you don't have a life. Then there's the other belief that if you're single, what you want more than anything else in the world is to become coupled.

"It turns out that just about all of these stereotypes about single people that are so widely shared are either grossly exaggerated or just plain wrong."

Jane Mathews is an author and marketing consultant who has written a book called The Art of Living Alone and Loving It. In her late 50s and a decade on from her divorce, Mathews says she sees herself being single forever. Her approach to being single is similar to how we're encouraged to think about relationships - you need to put in consistent work and effort.

"It starts by actually liking yourself and being happy in yourself ... If you're not happy by yourself, then you'll never be happy. And I enjoy my own company.

"The perception of a single person is someone who feels that they are missing out ...That they're one of society's outliers, that they won't leave as big a mark on the world. The reality is that I intend to leave a very big mark on the world and I am content and I don't yearn for someone to complete me."

At best, women who have flipped the script on having a partner are misunderstood. At worst, they're pitied. But what about the women - with or without a partner - who bluntly refuse to have kids? Dr Krupka defines "childfree by choice" as a woman making a conscious decision that she doesn't want to have her own children. "That doesn't mean she doesn't want to co-parent or step-parent or help her friends out with their kids or be an aunty, but she's made a conscious decision that's not based on infertility or chance or circumstances beyond her control."

Journalist and commentator Tory Shepherd decided to tackle the stigma that childfree women face in her book On Freedom, which studies the impacts of our ability to actively choose motherhood. Shepherd has known she didn't want kids since high school. It was common knowledge among her friends. Still she was surprised that people were making assumptions about her character based on her decision not to have kids. "I was going to a series of baby showers and running into people who know me and know that I don't want kids. They assumed that I hate kids. I got the 'Why are you at your friend's baby shower, you don't even like kids?'

"So then I had this epiphany: 'Oh, that's the stigma - that I am an unnatural witchy person'."

Then there's the suggestion that you will die sad and alone with no one to look after you. Shepherd reckons you should be able to hire someone to look after you with all the money you've saved from not having a kid. And a LOT of people have got in touch to point out how gross it is to put the burden of looking after you in old age on your offspring - a little bit like breeding your own help.

When performer Jess Saras told her dad she wasn't going to have kids, she was surprised by how his response made her feel. "He was like, 'Oh, so I'm never going to be a grandfather.' That kind of hit me."

Saras grew up thinking mothering was what all women did. Until she got older and discovered what was important to her and what she wanted to do with her life.

"I was in a relationship, my last long-term relationship, which was seven years ago, and it was like the 'settle' trial for me. It meant moving to his place of work and being the caretaker. If we were still together, it would have led to children and his career advancement, and not mine. For the last 10 months of that relationship, I was miserable, and then totally hit rock bottom... [then] I really came to that clarity of what was right for me, what I wanted to do with my life. And kids were just not in the picture."

Flipping the script requires courage because you don't get to look around you and see other people doing what you are doing. Even though Tory Shepherd has always known she didn't want kids, she was almost caught in the motherhood slipstream. It's hard to overestimate how powerful it can be - to finally feel like you're following the script that almost everyone you know has stuck to.

"I fell in love. I moved in with a guy. I got married. I thought it was all clear that we weren't going to reproduce, and then things kind of shifted. It got to a point where I thought, 'Why don't we just try, because everyone tells me I'll be so happy if it happens.' So we tried that for a while. But the feeling I got every time I got my period, I'd never been so frickin' happy ... That made me know that doing this to keep everyone happy was probably not the correct path."

Eventually it got to the point where it became clear that she and her former husband weren't going to agree. "The word 'deal-breaker' was bandied around. It's never as simple as that, but that was the deal-breaker in my marriage in the end."

Flipping the script is what we all do when we refuse to be shamed by things that traditionally have been used to mortify us. Whether we shamelessly walk our fat bodies down the beach or unapologetically seek support for our leaking, fanny-farting bodies - it's all glorious and messy and part of a great un-learning. And unlearning shame and taboo is what Ladies, We Need To Talk has been about from the start.

This story Flipping the script: why not all women want marriage and kids first appeared on The Canberra Times.